Last night, despite not having today off (or even a half day), I dragged my sorry butt to the Troubadour to check out Brooklyn band Caveman.  While I had listened to plenty of their music beforehand, I still wasn’t quite sure what I was going to see at the show.  Overall, Caveman’s music falls under what I personally dub “indie easy listening,” a.k.a. music that is definitely cool, definitely interesting, but is also the sort of thing you can put on at work and not really pay to much attention to, just enjoy.  Sometimes, however, this sort of indie doesn’t always translate to a live show.  This was, thankfully, not the case with Caveman.

Watching the show, singer Matthew Iwanusa’s voice is what really struck me (that and seeing the disco ball at The Troubadour put to use for the first time).  It’s clean, clear, and under control.  Okay but seriously – it’s really really good.  It really brought their music to another level, and lifted the whole dynamic of the band.  The guys played a good mix of old and new, debuting a lot of songs from their self-titled upcoming album.  Jealous you didn’t hear any?  Well lucky for you NPR is streaming the album before its April 2nd release date. 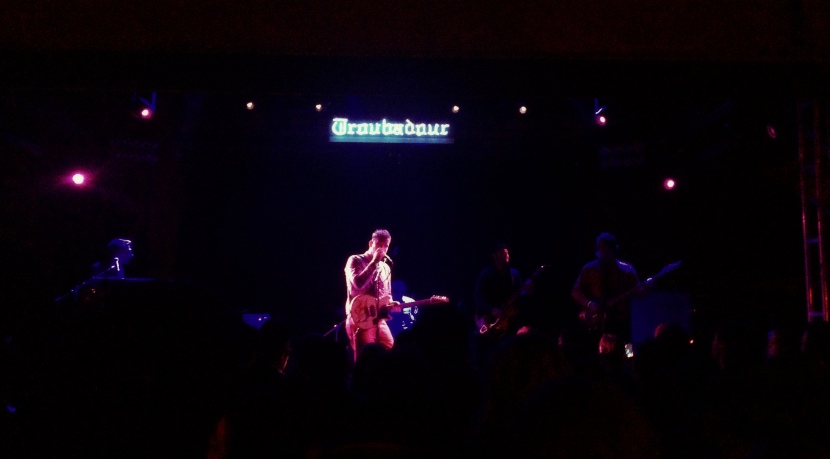 Caveman at The Troubadour

And as a little extra bonus, check out the guys performing one of my personal favorites “Where’s The Time” on The Artie Lang show.